The original Stargate from 1994 was pretty good movie. I remember watching most of these movies at a friends house, he had a nice collection of laserdiscs, a three beam CRT projector and a cool sound system. 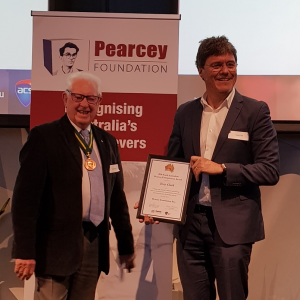 Just leaving these notes for next time rather than search the interwebs again.

I needed to reboot again to get the boot file system check to perform and get back to read write mode. Still not sure how it got into this state in the first place though ..

I mentioned in an earlier post that my CAN Input modules now supported analog input mode on the first 8 inputs. I showed how I could use these analog inputs with NTC temperature sensors to take readings on a wired network rather than wireless.

The next step was to write a gateway that would take these analog readings off the CAN bus and send them to MQTT in order for the existing perl script to pick them up and mash them into RRD databases – as it already does for the radio sensor data.

Other earlier posts provided some details and results while writing the SMS MQTT gateway. Its no surprise I mostly just copied the code for that interface and used it as a starting point.

The only major changes were

In theory (perhaps I’ll do this later) this gateway should just publish all incoming messages into a single topic (e.g. “/messages/can/incoming”) that other “decoder” applications can subscribe to, decode any messages they know how to and then publish new messages to new topics (e.g. “/sensors/can/1/1/temperature”).

Anyway, with those changes done its time to test. Here we see log showing CAN interface messages coming in.

Following each CAN messages we see an MQTT publish success – in this case there have been 21,100+ published messages since start up.

So CAN to MQTT is publishing, but how can we see the data – easy enough. The old perl script just needed a new subscribe string to take into account the data coming from can and radio, so here it is. Notice the “+/+/+” replacing the old “radio/+/+”

I still have to maunally create the RRD databases and add the extra graph generation script entries but its working.

The infrastructure needed to get CAN messages into MQTT is working, ready for something perhaps a bit more useful.